As one of the longest rivers in the world, Mekong River is an appealing destination with a lot of famous spots and hidden gems.

Though the Mekong river tours are popular among visitors, the facts about this region still surprise them.

So, how much do you know about the Mekong River?

Find the answer in our infographic.

Here is what inside those facts that’ll make you interested.

Originating from Tibetan Plateau and stretching about 4,500 kilometers, Mekong River is the world’s 12 longest river. Draining an area of 800,000 square kilometers and flowing through six countries, the river is a crucial interconnection among these countries and cultures.

In 1995, Vietnam, Laos, Thailand, and Cambodia established the Mekong River Commission, jointly managing and using resources of the Mekong River. By 1996, China and Myanmar became dialogue partners of this commission. Currently, all six countries work together in the framework.

Inclusion of 2 parts: the upper Mekong and the lower Mekong

Mekong River is divided into two main parts: the upper Mekong and the lower Mekong. 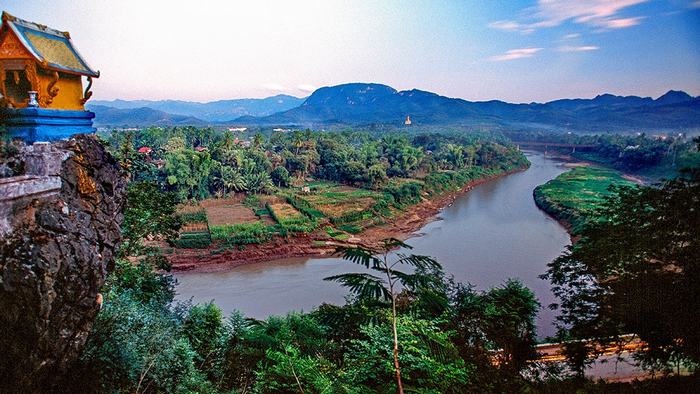 The upper Mekong section is 2,200 kilometers long in Chinese territory, also known as the Lan Xiang River with the 5000-meter slope from the headwaters. At the China – Myanmar border, the slope’s height is only over 300 meters. This section is composed of two segments. The upper part is in the rugged mountains and flows in the narrow valley, right upstream of the Yangtse and Salween. The rest flows through Yunnan Province. At the end of the border, Mekong River and the small Sop Ruak creates the river junction of the Golden Triangle. This is also the dividing point of the upper and lower parts of the Mekong.

The Lower Mekong section consists of two segments: the midland and the plains.

Midlands segment: starts from the border of China - Myanmar to the Myanmar-Thai border into Laos territory and then follows the Laos-Thailand border to Lower Laos, entering Cambodian territory to Kratie. In the Midlands, the flow is very wide with many tributaries and currents increase rapidly.

Plain segment: starts from Kratie to the river mouth. In Phnom Penh, there is the Tonle Sap River connecting the Mekong River with the Great Lake in the northwest.

The Great Lake is 3.6m deep and has an area of 2,700km2 during the dry months. When the flood rises, the water flows to the lake much, the lake surface spreads to 16,000km2, more than 10m deep. During the rainy season, the Tonle Sap River connects the Great Lake and the Mekong River, making the Lake's water volume rise to flood the fields. This lake was formed around 5500 BC due to the collision of the Indian continent with Asia. 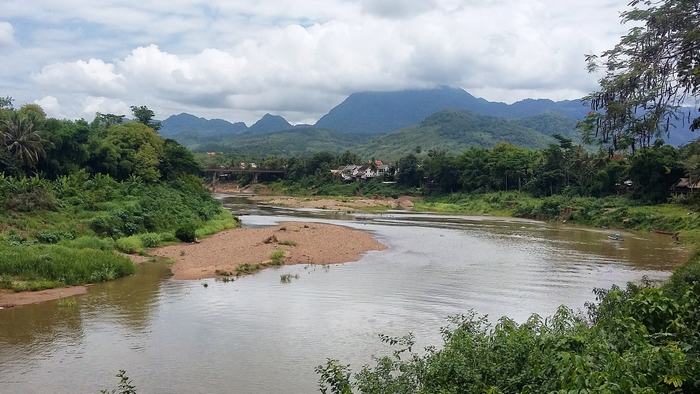 In each country, the Mekong River has different names.

From Phnom Penh, the Mekong River is a sub-branch – the Bassac River. The large branch of the Mekong Rivers enters Vietnam through Tan Chau alley into Tien Giang River, flowing out 6 gates; and the small branch of Bassac pours into Vietnam at Chau Doc to form Hau River. 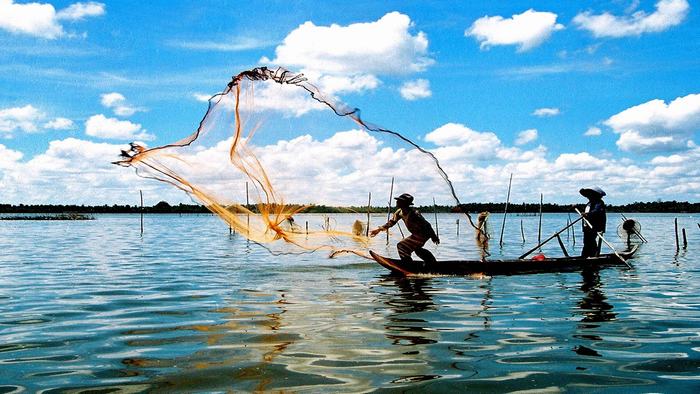 A more outstanding biological treasure than the Amazon river's

Mekong River region is famous for its extremely diverse ecology systems with about 20,000 species of plants, 1,300 species of fish, 1,200 species of birds, 800 species of snakes and frogs and 430 species of mammals. Mekong River has the highest ecology diversity in the world and the density of plants and animals is even thicker than the Amazon River in South America.

The abundance of the Mekong Basin has just been highlighted with the latest report from the WWF Nature Fund, which dates from 1997 to 2007. According to this, local and international scientists have discovered 1068 new species of organisms in the area, including 519 species of plants, 279 species of fish, 88 species of amphibians, 88 species of spiders, and dozens of species of snakes, lizards, rats, bats, and birds. ... This is an unprecedented discovery.

We hope that with our article, you can find it worth a visit to the Mekong River region. If you concern more about Mekong Delta tours, please visit our website. Do not hesitate to contact us if you have any questions. Share this article with others if you find it useful. Thank you!