Where is Mekong Delta Vietnam?

While Northern Vietnam attracts tourists by majestic landscapes, the Southwest region will hold you in different ways.

And it would be a pity if you have no idea about Mekong Delta.

That is, you've missed a region with lush islets, the hospitality of native people, and rustic characteristics of the river land.

Let's take a look at this interesting area through its simple numbers. Then, explore more the information of the next section, you'll know why the Mekong Delta cruise worth your visit.

Where is Mekong Delta Vietnam?

The Mekong River Delta is located in southernmost Vietnam (the Southwest region), bordering the northeast Saigon, the north by Cambodia, and the west by the South China Sea and the Gulf of Thailand. The total natural area of about 39,712 sq km is the low delta with a lot of rivers and canals.

Where is the Mekong Delta?

The Mekong River Delta is located in southernmost Vietnam (the Southwest region), bordering the northeast Saigon, the north by Cambodia, and the west by the South China Sea and the Gulf of Thailand. The total natural area of about 39,712 sq km is the low delta with a lot of rivers and canals.

It always occurs in the process of accretion and erosion.

Due to the low terrain types, floods frequently happen in this region. Most of these types of terrain are diverse and have quite a flat surface, not higher than 2.0m above the sea level, especially in U Minh Thuong and U Minh Ha areas only 0.1- 0.3m high

In terms of geology and soil, this is a land of alluvial deposits of two main rivers: Tien River and Hau River. This soil is very suitable for perennial crops and wet rice. Therefore, promoting the development of wet-rice agriculture has brought the Mekong Delta into a granary of the country. 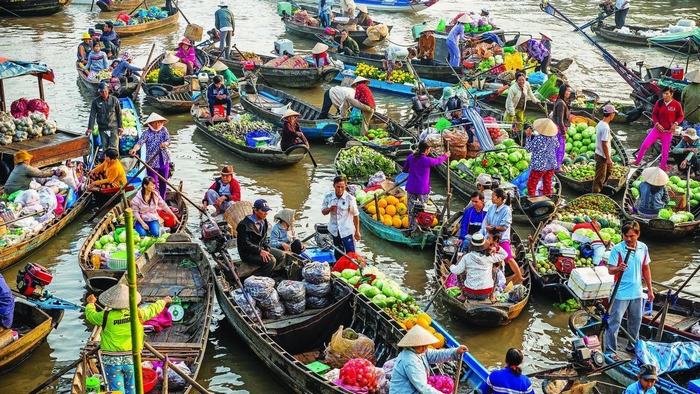 The territory consists of many islands and archipelagos with a coastline of 73.2 kilometers. It is an advantage when it is next to the west of the Southeast region because when it comes to development, the Southeast region is in the top of the most dynamic regions in the country. The economic exchanges occur strongly and the processing industries are supported.

Mekong Delta is situated in the area of maritime and air transport between Southeast Asia and South Asia, facilitating the convenience for international cooperation and exchanges. Cambodia is a country bordering the North of Mekong Delta, so it created favorable conditions for exchanges with countries in the Mekong basin.

The Mekong Delta region has the general characteristics of the Southern delta climate, with the equatorial monsoon climate regime with high temperatures all year round and heavy rainfall divided by seasons. There are two distinct seasons in the year: the rainy season lasting from May to November and the dry season starting from December to April next year. In addition, the climate is influenced by the monsoon tropical climate regime and characterized by coastal plains. 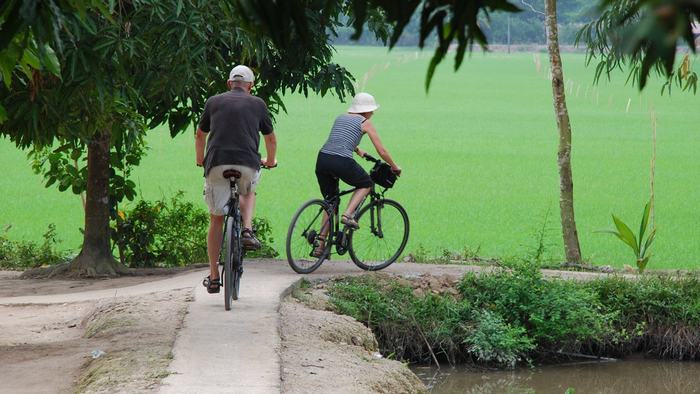 Typical in the diversity of cultural values in the Mekong Delta is the folk art "Don ca Tai tu" which has been recognized by UNESCO as an intangible cultural heritage of humanity. This type of folk art is very popular in the life of the Southern people whose roots are identified in Bac Lieu. 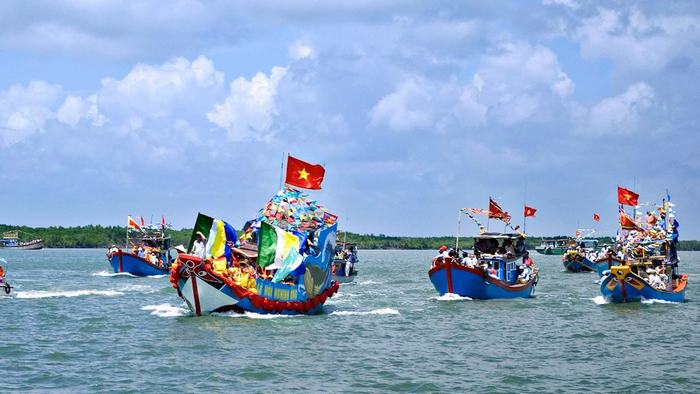 The Mekong Delta does not have many beautiful beaches, except for Ha Tien, Kien Luong (Kien Giang province) and breathtaking beaches on Phu Quoc Island - one of Vietnam's most important island destinations.

There is no shortage of interesting things about Mekong Delta which we cannot say enough in this article. Therefore, we would like to suggest you visit our website to get further information about Mekong Delta and Cochinchina as well. We hope that you will find this blog helpful and have the most unforgettable time when taking Mekong Delta Tours. Thank you!

NAVIGATE Where is Mekong Delta Vietnam?