Cai Luong - The Traditional Music Of The Mekong Delta

Cai Luong Singing appeared in Mekong Delta in the early 20th century. Originating from Boi Singing, Cai Luong Singing is the renovation of Boi Singing in theme, orchards, stage and performing arts. During the French colonial, Cai Luong glamorously developed as a theatre of middle class. Nowadays, Cai Luong is still a popular traditional art performance in Mekong Delta.
Cai Luong Singing is often performed in the soundtrack of guitar and zither. Cai Luong is a kind of play telling a story. A sort of play often includes two main parts: the dialogue part and the singing part to express their thoughts and emotions.
There are two main types of Cai Luong: the ancient Cai Luong and the modern Cai Luong. While the ancient Cai Luong imitates tales, legends or history, the modern Cai Luong tells romantic story blended with family and social relationships. In ancient Cai Luong performance, actors and actresses often wear elaborate and colorful costumes. 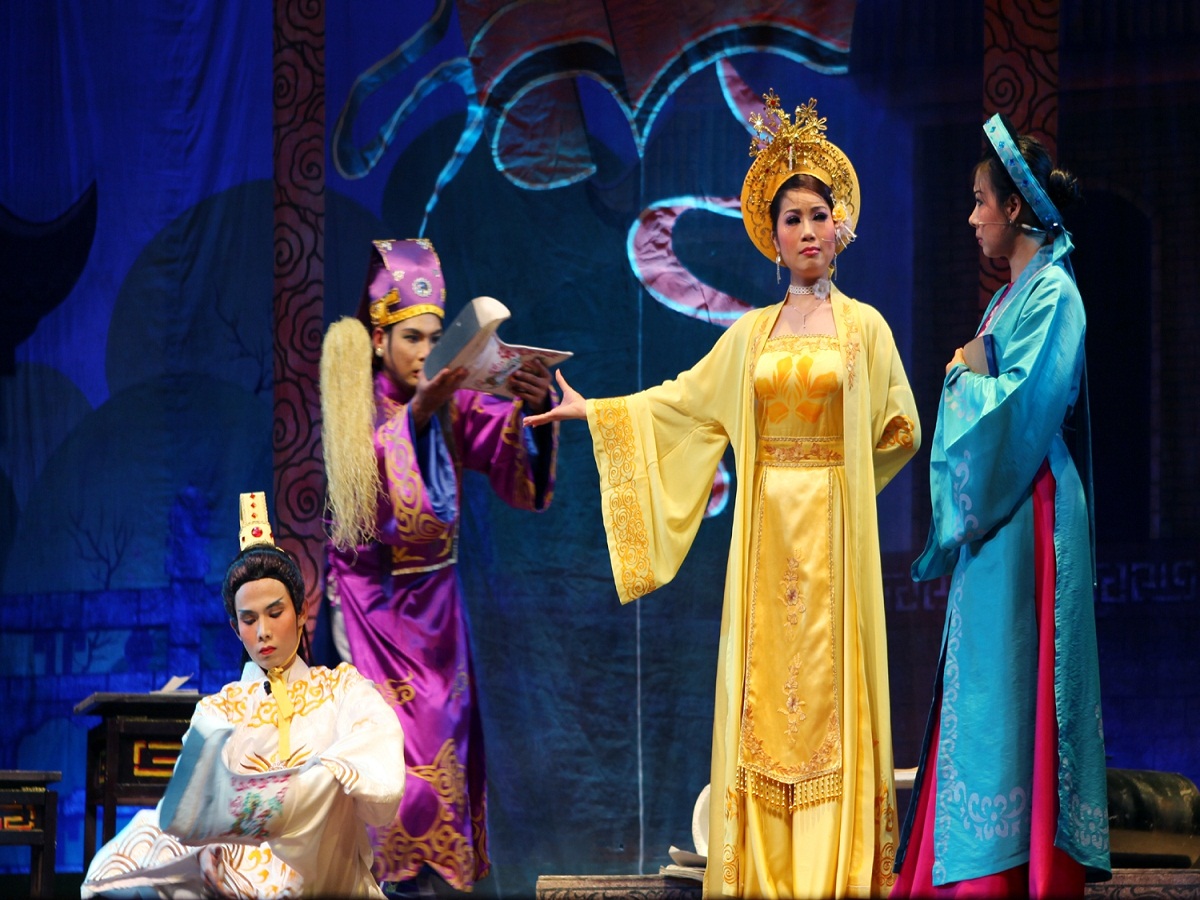 The development process of Cai Luong

Although it was formed in the early of the 20th century, the golden time of Cai Luong theatrical form was during the period of the 1960s to 1970s. Cai Luong was formed and developed flourishingly in southern Vietnam but in the north, northern people became very popular apart from Cheo and Ca Tru. After that, Cai Luong as well as Vietnamese traditional theatrical forms received a serious setback when the TV programs and television became popular in Vietnam since 1980s. Instead of going to the Cai Luong stages, people prefer stay home and see TV to Cai Luong, and Cai Luong apparently fails to attract young audiences.
Recently, although there are a lot of attempts to regenerate the glorious time of Cai Luong, it takes time to bring the halo of Cai Luong back as in the past.

Initially, the content of Cai Luong plays was often derived from the old stories such as Behead Trinh An, wife of Ngu Van Thieu was darted, Thoai Khanh-Chau Tuan, etc. Most of Cai Luong plays in this period still were affected by the style of Boi singing. After that, there are many new performances which are inspired the social theme such as Whose guilt, Tu do tuong, etc with the concepts and layouts that are similar to the dramas.

The types of performance art forms like Boi singing, Cheo, Cai Luong that are commonly called the singing opera. That is not opera because the authors don’t compose the chorus but just write the lyrics based on the available melodies.
Cai Luong stage is the combination of Southern folk songs with Boi singing. On the development process, the artists added some new melodies such as Da co hoai lang, or Chinese songs that were Vietnamization.
Besides that, when the western songs appeared in Vietnam, the artist took its melodies and wrote Vietnamese lyrics for it and turned it into Cai Luong songs such as Pouet Pouet, Marinella, Tango mysterieux, etc.

A complete Cai Luong group not only has actors acting on stage but always has an accompanying orchestra. The Cai Luong orchestra has a special role in the performance, so that, without an orchestra, it cannot become a performance. The Cai Luong orchestra not only is responsible for supporting the voice of actors but also adorns each melody to highlight the psychological depth of the character, creating more drama for the script, contributing to for the success of the performance.
One special thing to note is that from the beginning, in the Cai Luong art form, there was a parallel existence of two orchestras: the classic orchestra and the reformed orchestra. The role and participation of the two orchestras in the play is different but there is no overlap between each other. It is a unique combination between tradition and modernity in the background of Cai Luong. 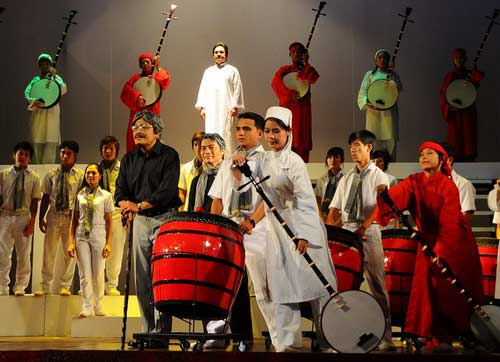 The Cai Luong actors act like in the drama plays, but the difference is that actors sing but say, their gestures are suitable according to the lyrics but not exaggerating like singing. Later in the 60s of the 20th century, the actors mixed singing with dancing, flying, martial arts to make the performances more lively.

In the performances that take inspiration from the old stories, the costumes of actors and scenes on stage are also selected to evoke the context in which the story happened, but not true. In the series on social topics, actors dress like characters in real life.

Cai Luong Singing is a unique and interesting art performance of people in Mekong Delta. It contributes to enrich the spiritual life of Mekong Delta community as well as the variety of Vietnam art. Don’t miss a chance to enjoy this forms of art when visiting Mekong Delta. Thank you!

NAVIGATE Cai Luong - The Traditional Music Of The Mekong Delta