If you fell in love with traditional clothes of Vietnam, you can not miss out Ba Ba Vietnamese silk ensemble - the traditional costume in Southern Vietnam. Through the ups and downs of history, Ba Ba shirt has become the soul of this region.

Although there are many tourists own Ba Ba as a gift, they do not know much about the history and meaning of this shirt.

So, read the post to find all the things which you are wanting to know

Dating back to the past, unlike the skirts or four-part dress (ao tu than) of the people in the North, the casual dress of people in the South in the 18th century were short shirts and pants. Later in the 19th century, ao ba ba appeared here.

The origin of ba ba shirt 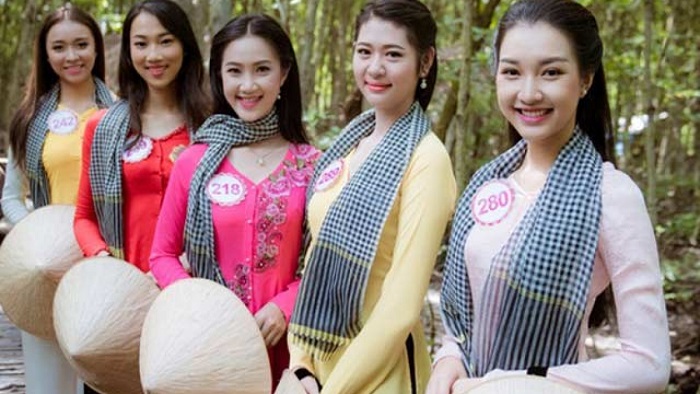 The image of the woman in Ba Ba shirt, conical hat, and bandanna (checkered scarf) is a familiar feature of Southern women. Everyone knows that bandanna originated from Cambodia and the conical hat was carved on bronze Dong Son and Ngoc Lu drums from 2,500 to 3,000 years ago( this type of hat is also found in some cultures in Asia with different names). But there are some theories about the origin of ao ba ba.

1. Ba Ba shirt appeared in the first half of the 19th century, was reformed by Truong Vinh Ky from the clothes of Penang islanders (Malaysians) to suit Vietnamese.
2. Ba Ba shirt has the same trait as “round neck men’s shirt and narrow sleeveless” that Le Quy Don commanded for people from Thuan Quang back in the late 18th century.
3. According to Son Nam writer, Ba Ba is the Malay – Chinese hybrid people and Ba Ba shirt is their type of costumes. More specifically, it is the costume of the “BaBa” – a group of Chinese people living on Penang Island in Malaysia today.

The changes of Ba Ba shirt

In the past, farmers in the Mekong Delta often wore black Ba Ba shirt to go to work. It is a neckless shirt which is long and split at the sides of the waist, forming two flaps and customarily with two pockets. In the middle of the front body has two button lines running from the top down. The shirt’s length extends over the buttocks, almost as close to the body as it exudes the curves of the woman’s body.

The shirt’s buttons are also varied in each stage In the past, people often used the pressed buttons. Nowadays, the buttons are created with more designs to make the highlight for the shirt.

When there were no chemical dyes, if people wanted to dye black or brown for the shirt, they used to use eagle tree leaves or tree phloem. Then they covered with mud to prevent color drift. When fabrics were imported, other types were widely used, because of its convenience. Dark colours are suitable for working conditions, easy to wash and dry quickly.

Over time, Ba Ba shirt has been reformed many times to suit the change of mind in fashion. The Ba Ba shirt now is not as straight and wide as it used to be. There are some changes in the waist, wrists, and neck – which are absorbed from foreign clothes. Hand-assembled models have also been improved. In the 1970s, the Southern provinces popularized raglan assembly, creating a modern beauty for Ba Ba shirt. The two front and back of the body are separated from the shoulders and sleeves while the arms and body come from the neck to the armpits. The shoulders are sewn more tightly, fitting to the waist. The sleeves are longer, slightly flared and the front pockets are removed. 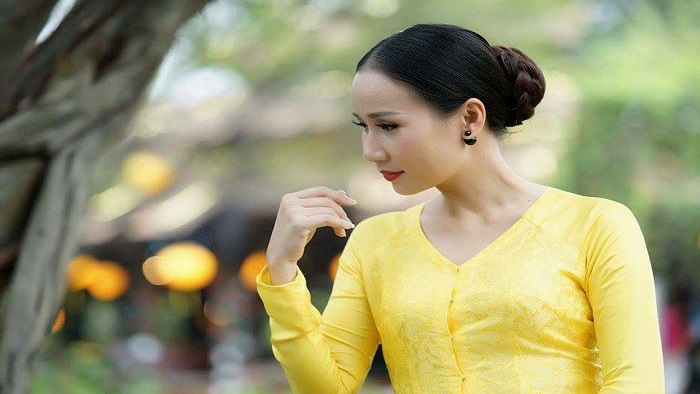 Up to now, although the origin of this costume still has many conflicting opinions, Ba Ba shirt together with the bandanna and conical hats are still a unique symbol of the cultural beauty of the Southern women.

The farmers in the Mekong Delta often wear black Ba Ba shirt to go work. This costume originally had no pockets. Therefore people often wore another shirt with pockets inside to store small subjects. At the beginning of the 20th century, Ba Ba shirt was sewn pockets in front of the body.

Thanks to its convenience and comfort, both men and women in the Mekong Delta wear Ba Ba shirt when they work. When hanging out, they often choose lighter colours such as white or ash-grey. The girls and women often wear colours like light blue and pink with more expensive fabrics such as silk and satin. Up to now, Ba Ba shirt is still worn with black or white silk or satin pants.

We hope that with this post, you can have a clearer look at the culture of the people in South Vietnam. If you concern more about Mekong Delta tours, you can visit our website. Do not hesitate to contact us if you have any questions. Share this article with others if you find it useful. Thank you!