My trip in Mekong Delta

Mekong Delta is one of the most famous destinations for tourists when traveling to Vietnam. Do not miss a Mekong Delta tour to get unforgettable experiences there.

The first arrival in Mekong Delta

There’s nothing quite like getting up early for a ferry just to be squeezed into a bus and driven around in circles for hours is there? No, I wasn’t just randomly naming frustrating events, and yes this happened, this time courtesy of a cock bus driver that insisted on stopping the bus and demanding payment from us, even though we were already late for the ferry. Luckily, after a 100m sprint even Usain Bolt would be proud of we made it onto the boat. Following this, we took a bus to Can Tho in the hopes of getting a further connection to My Tho. However, upon arrival, it seemed like it would be impossible to do this so having already traveled for 6 hours we decided to set up camp in Can Tho for the night. 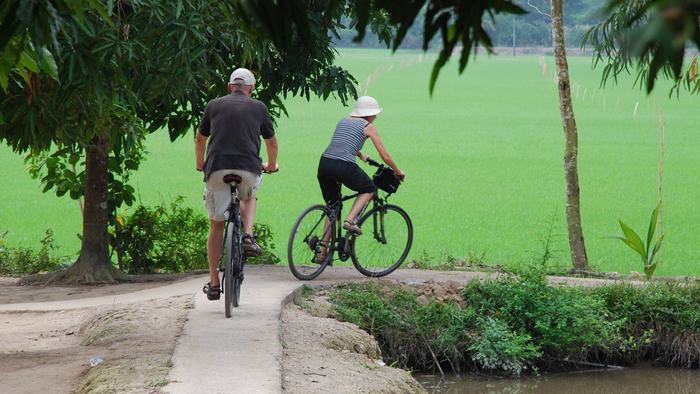 Once we had checked into a hotel, things started taking amusingly odd turns. Well, actually it started on the bus with the woman sitting next to Nicci. Every 10 minutes or so she would start massaging Nicci’s legs and arms for some reason, babbling on like a mad witch. In between these little outbursts, she occupied herself with serenading us with karaoke songs presumably written by a small dog during some kind of genital surgery, or at least that’s how it sounded. Anywho, the next odd thing to happen was while chatting to a travel operator, who claimed that I looked a lot like Ho Chi Minh, the revolutionary leader of Vietnam. Now call me blind, but I don’t bear that much resemblance to a 50-year-old, oriental man with hair in all the wrong places. The final oddity was while sitting peacefully in a restaurant eating our meal when a local drove their scooter in and parked up as if it were just an extension of the road! The funny thing is, turns out this is pretty common.

Experiences in My Tho

The next morning before attempting to get to My Tho, we gave a little old lady some money, and she rowed us about for a few hours through the Mekong river. The main aim was to see one of the Delta’s famous floating markets, and we duly did this. To my amazement though, it was literally just a normal market that instead of having shops, was floating around in boats. You could paddle up to the ‘stores’ and get all the day's fruit and vegetables, along with breakfast and cups of hot tea. After looking about, we carried on for a tour through the backwater canals which were beautiful; tree-lined water avenues with small shacks clinging to what land they could find. People everywhere seemed to be going about their daily lives, only on water. I was amazed at how the locals have adapted to living with the river instead of trying to manipulate or destroy it, and it really does show how ingenious they have been. The only sad thing was the amount of pollution, where for example we witnessed people just pouring rubbish bags into the river as if it were the local tip. 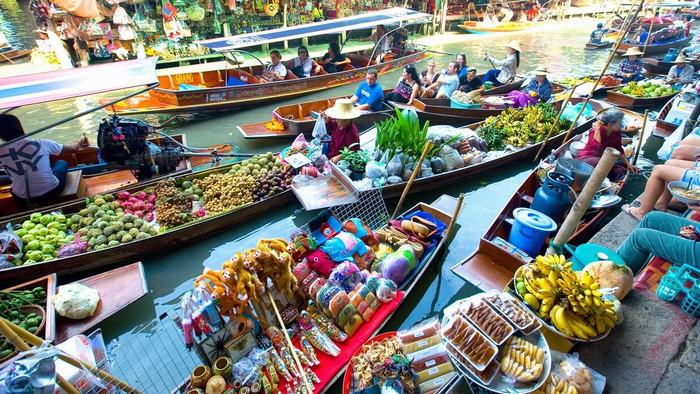 It’s a funny thing that we both came away from this city, an un-intentionality stopover, thinking that it was one of the better places we have been to recently. I guess it was just a combination of there being no tourists, the river being so beautiful and us having no expectations for it to live up to that and the joy of getting away from the crazy massage lady.

For more information about Mekong Delta, please visit our website. If you have any questions, feel free to contact us. Share this article with others if you find it helpful. Have a nice trip!

NAVIGATE My trip in Mekong Delta