Mekong Delta is always the top choice for tourists when traveling to Vietnam. Climate change now is one of the hottest global issues every region and Mekong Delta is not an exception.

The interest of the Government about climate change in Mekong Delta

Speaking at the event, Le Quoc Doanh, deputy minister of Agriculture and Rural Development, said long-term solutions were of paramount importance since drought and salinity would occur more frequently and be more severe in the future. Measures to adapt the Cuu Long (Mekong) Delta's agricultural activities to the impact of climate change, particularly the ongoing drought and saltwater intrusion, were among the key topics discussed at an agricultural extension forum held in Hau Giang Province last week.

The forum called for urgent solutions to restructure the cultivation schedule and prioritize short-term rice varieties tolerant of salinity of up to three parts per thousand. The Ministry of Agriculture and Rural Development's Crop Department advised local farmers, especially those in coastal areas, not to grow a spring-summer rice crop this year. 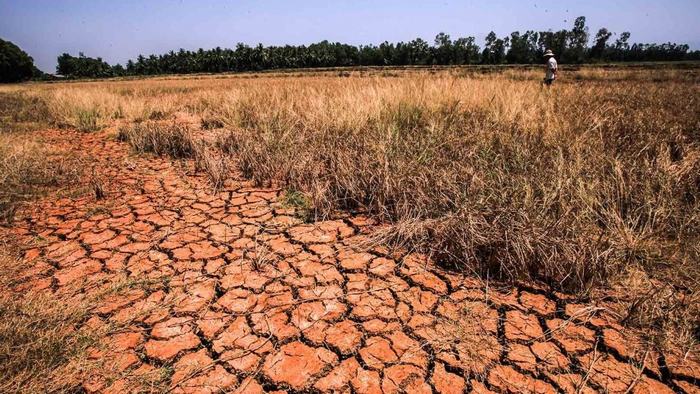 It said that all 12 Delta provinces and Can Tho city should create a comprehensive system of dams and culverts that could control salty water. In the long run, the ministry said it was essential to develop drought and saltwater-resistant crops and trees. Local cultivation practices also needed to be changed to cope with an expected rise in sea level.

Doanh said climate change had been seriously affecting the region in recent years, resulting in drought and saltwater intrusion over hundreds of thousands of ha of farmland. In the 2015 – 2016 dry season (from November to April), there has been early and acute saltwater intrusion. The saline intrusion could last until July, said Doanh, adding that it had already seriously affected agricultural production.

How climate change affected this region

Speaking at the forum, Phan Huy Thong, director of the National Agricultural Extension Centre, said more than 1.5 million ha of rice were planted in the region in the 2015 – 2016 winter-spring crop. Among 340,000 ha prone to drought and saltwater intrusion, 104,000 ha have been severely affected, mostly in the provinces of Long An, Tien Giang, Ben Tre, Tra Vinh, Soc Trang, Bac Lieu, Kien Giang, and Hau Giang.

A large area of fruit trees in Vinh Long, Hau Giang, and Soc Trang provinces has been threatened by the salinity of over three parts per thousand, Thong said. In a recent seminar in Can Tho, Deputy Prime Minister Nguyen Xuan Phuc said the Government would allocate VND 2.3 trillion (US$104 million) from bonds and Official Development Assistance loans for the delta to combat drought and saltwater intrusion. 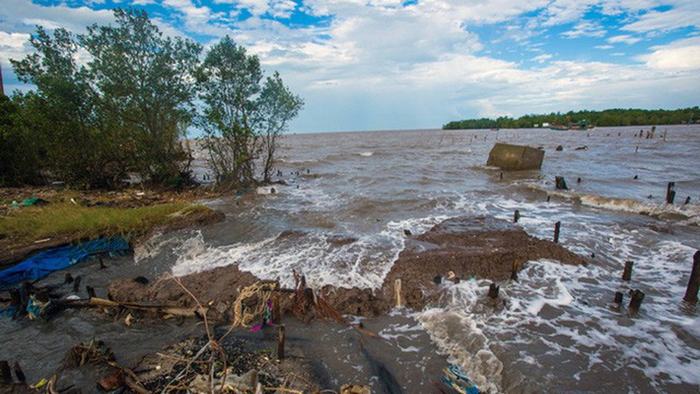 The region needs a few billion dollars to implement sustainable solutions, according to Doanh. Phuc told the Ministry of Finance and the delta provinces to provide relief worth VND2 million ($95) per hectare to affected households. The Cuu Long (Mekong) Delta, the country's largest rice, fruit, and fisheries producer, is facing the worst drought and saltwater intrusion in 90 years. However, it is not yet the peak of the dry season, according to the ministry.

For more information about Mekong Delta tours, please visit our website. If you have any questions, feel free to contact us. Hope that this article is useful for you!