The Grand - Ho Tram Strip is one of the best hotels for tourists to stay when traveling to Vung Tau. As the Tet holiday is coming, the hotel will bring a very special offer for guests.

The people who were born in the year of Monkey are often spry, vivacious, intelligent and full of energy, so we wanted to combinate a bit of the personality into the program of welcoming new year this year, “said Michael Kelly, senior president of the Ho Tram Strip.

Accordingly, visitors will see the New Year atmosphere everywhere at The Grand, with lucky red envelopes for all customers, and recreational programs with artists on stilts in costumes of Phuc Loc Tho, lion dance, magic program, calligraphy, “to he” for children, lucky tree with attractive prizes every day, and some other family-friendly folk games.

Although this is just the third year the complex resort is put in operation, The Grand has gradually affirmed as the leading entertainment destination in Vietnam through the organization of events in last year, especially Ho Tram Open golf tournament taking place on December, 2015 – which was honored as “the biggest scale sporting event” in Vietnam so far. 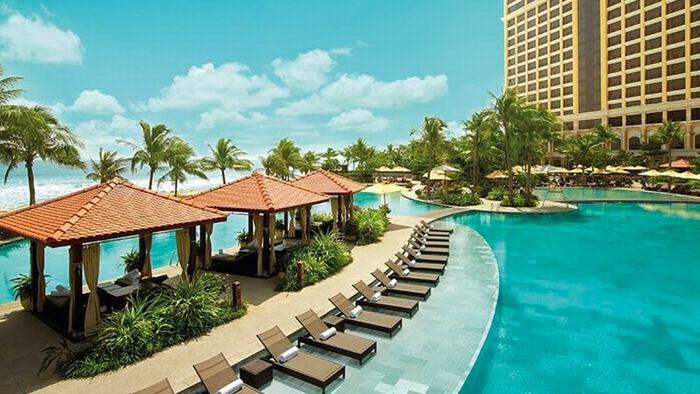 Relaxing at the swimming pool

Previously, the exciting concert EDM from England British Above & Beyond also left many unforgettable impression and is rated as one of the featured musical events in 2015. Recently, the resort continued success with Ho Tram Strip art kite festival welcoming the new year 2016…

You can visit our website to get further information about Mekong Delta Tours. If you have any questions, do not hesitate to let us know. Have a nice holiday!