Mekong Delta has an important role in the development of many countries, also a unique feature of scenery as well as culture, so it must be protected by all the relevant nations.

The impact on Vietnam

Environmentalists and economists have recommended that Vietnam not only call for support from the governments of countries in the Mekong upriver but also take action to rescue the delta, which is the rice granary for tens of millions of Vietnamese people. 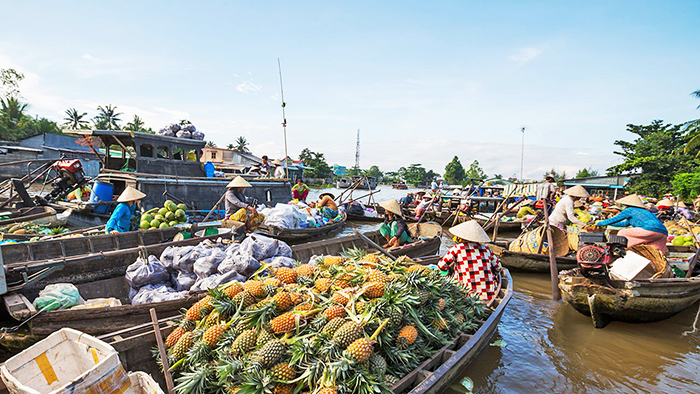 Prime Minister Nguyen Tan Dung asked the Ministry of Natural Resources & the Environment, the Ministry of Foreign Affairs, and Vietnam Mekong River Commission to send diplomatic notes to the countries in Mekong upriver to ask them to share information about water resources and the operation of hydropower reservoirs so as to provide water to the lower course of Mekong, including Vietnam’s Mekong Delta.

Commenting about the move, Dao Trong Tu, advisor to the Vietnam River Network, who was deputy secretary of the Vietnam Mekong River Commission, said: “The Prime Minister’s instruction shows the state’s strong concern about water resources and the difficulties Mekong Delta’s people are facing."

This is not the first time Mr. Dung has mentioned the drought in Mekong Delta. Prior to that, in 2014, when meeting Laos Prime Minister, Mr. Dung said to him that Laos, if building hydropower plants, should take care of Vietnam’s Mekong Delta, where 20 million people live. The Laos Prime Minister stated that the country would not build hydropower plants if they did harm to people, for the sake of the Vietnam-Laos cooperation. 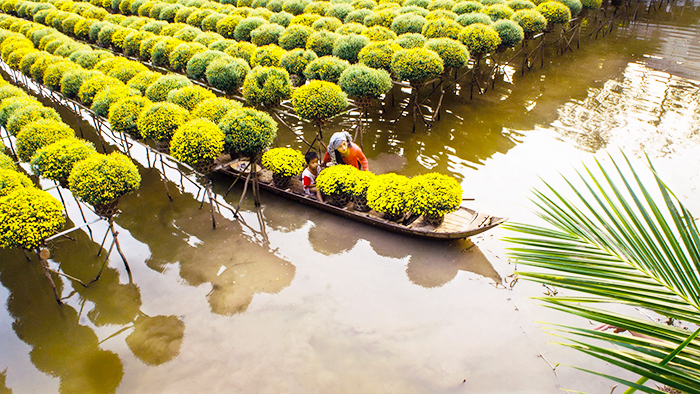 This means that the problem has been of concern for a long time, but there has been no policy to settle the problem and no strong mechanism for cooperation among Mekong countries. The International Mekong River Commission, which comprises the members from four countries in Mekong’s lower course, has been operational for many years. However, it still has not taken any action amid the drought.

“In principle, the commission’s member countries have to have meetings and discuss existing problems to come to a consensus on the solutions to the problems. If so, countries can voice their protests against the actions which affect the water sources”, he said. Vo Tong Xuan, a leading rice expert, praised the role of Vietnam’s Mekong River Commission and said the commission had to fight for Vietnam’s benefits. However, he noted that what the commission had done remains modest.

“I personally think the Prime Minister made the right instruction”, Xuan said. A report showed that 139,000 hectares of rice fields in Mekong Delta had been damaged by drought and saltwater intrusion as of March 7. According to the Southern Water Resources Institute, the upstream flow to Vietnam’s Mekong Delta is now very low, while the water supply is complicated because of the existence of water reservoirs in the upper course. 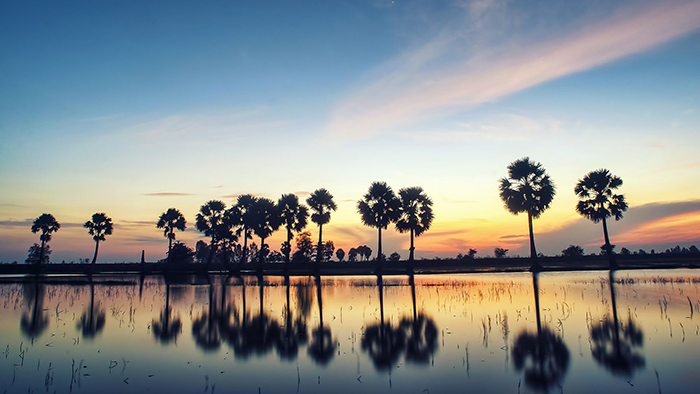 The beauty of Mekong Delta

Mekong Delta is famous for the characteristic of pristine nature and interesting life on the water, so making efforts to preserve and protect the environment is essential for the long-term development of the region. For further information about a Mekong Delta tour or where to go in Mekong Delta, feel free to contact us or visit our website. Please like and share the article with others. Thank you.