When you join Mekong Delta tours to visit Ben Tre, My Tho, Can Tho, these places are very famous for Don Ca Tai Tu – That is traditional music performance, so it is considered the best places to enjoy this southern Vietnamese folk music. 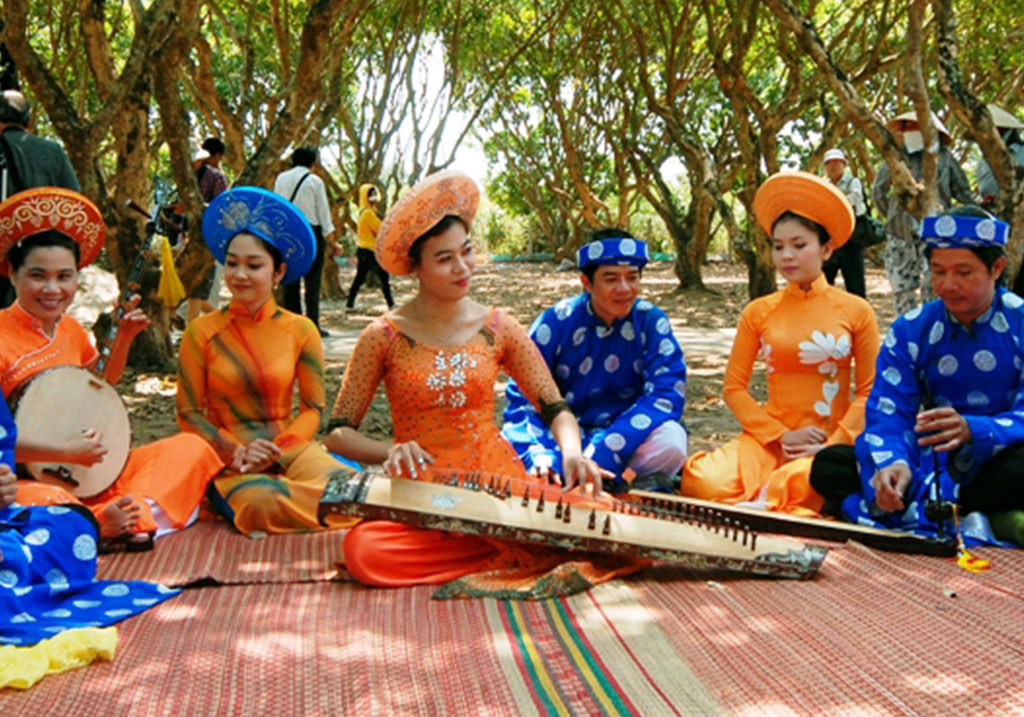 What is Don Ca Tai Tu?

Don ca tai tu is a musical art that has both scholarly and folk roots. It developed in southern Vietnam in the late nineteenth century. The repertoire of Don ca tai tu is based on 20 principal songs (bài Tá»•) and 72 classical songs (bài nháº¡c cá»•). These songs consist of ‘skeletal melodies’ which are used as the basis for improvisation and variation. Don ca tai tu performers express feelings and sentiments by improvising, ornamenting and varying the ‘skeletal melody’ of pieces and the main rhythmic patterns.

Don ca tai tu is played on a variety of different instruments including the "kìm" (moon-shaped lute), "cò" (two-stringed fiddle), "tranh" (16-string zither), "tá»³ bà" (pear-shaped lute), "song lang" (percussion), "báº§u" (monochord) and "sáo" (bamboo flute), and the violin and guitar which were adapted. The guitar used by "tài tá»­" artists has a deep, hollowed-out finger board, enabling musicians to play special ornamentation characteristic of Don ca tai tu.
People in southern Vietnam consider "Don ca tai tu" to be an indispensable spiritual cultural activity and a highly valued part of their cultural heritage. It is performed at numerous events such as festivals, ‘death anniversary’ rituals such as the Death Anniversary of the Ancestors held annually on the twelfth day of the eighth lunar month, and celebratory social events like weddings and birthdays. The audience can join practicing, making comments or creating new song texts.
Don ca tai tu was added to the National List of Intangible Cultural Heritage in 2012. 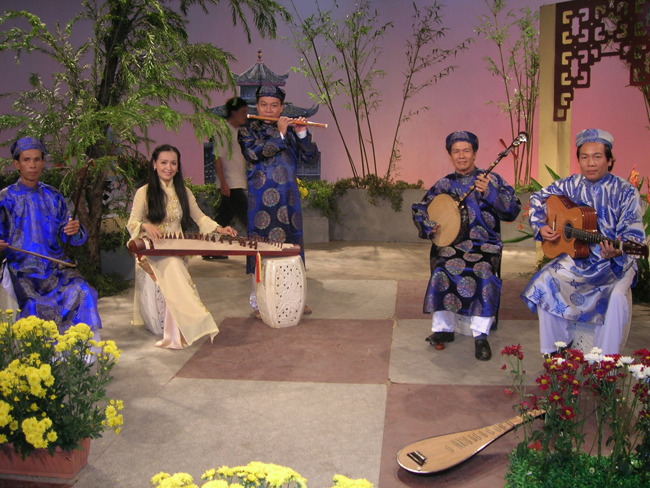 Master instrumentalists (Thày Äá»n), who are highly skillful at playing and teaching numerous instruments and who have mastered all of the classical repertoire.
Master lyricists (Thày Tuá»“ng), who are knowledgeable and experienced at composing new song texts.
Master singers (Thày Ca), who have mastered the classical repertoire and who can perform and teach the distinctive Don ca tai tu vocal techniques and ornamentation.
There are also regular instrumentalists (Danh cáº§m) and singers (Danh ca).